Where to Shop in Casablanca 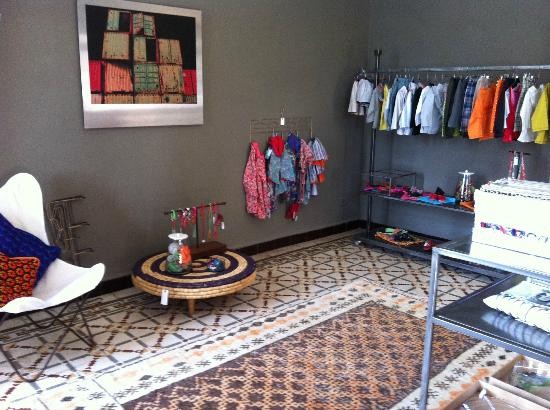 Best Of Shops: Where to Shop in Morocco

Where to Shop in Casablanca

Casablanca or more affectionately known as  Casa has a population of three and a half million and is the  largest city and  port in  Morocco. Originally modeled after  Marseilles when the  French landed Casa in 1907,  Casa is the most  European of Morocco’s cities and is known as a huge metropolis where modernity and tradition co-exist. As a shopper you can enjoy Casa’s bustling new town with modern shops or its old medina for a more traditional experience. WONDERLAND KIDS CONCEPT STORE As the name suggests, stepping inside this boutique is like stepping in to a wonderland. Vintage children’s furniture, unique interior house wares, and original found objects make for a fun shopping experience for all ages! Address: 54 Rue Ibnou Jabir Attabari and Jounaid, Quartier Princesses Phone: +212-522-99-51-09 YAKIN & BOAZ Contemporary painting, fresh photography, interesting sculpture and even video installations are just some of the mediums Yakin&Boaz promotes at their central gallery. The contemporary artists exhibiting are both Moroccan and foreign, up-and-coming and established, and the works are reasonably priced. Casaoui owner Ali Kettani is involved in the street art movement in Morocco and the exhibits are often quite hip. Address: 20 rue Michel-Ange, Racine Phone: +212-522-36-39-89 DISQUES GAM If Moroccan music, makes your move, you may want to stop by Disques GAM to pick up a selection of CDs prior to departure. The music label has a selection of both Berber and Arabic artists from across Morocco. Address: 99 Blvd de Paris Phone: +212-522-26-89-54 SOCA DE MOINA When in the mood for antiquing, we like to head to Soco de Moina where you’ll find everything from furniture to objet d’art and other antiques. Just don’t expect to find other tourists here; it’s largely a local experience. Address: Hay Hassani KAHENAS Started out of concern that “too much talent [was] going unnoticed”, Kahenas brings together some of the trendiest Moroccan designers, mostly from Casablanca. Artists include Harakat Sisters’ handbags, Younes Duret’s Moroccaninspired accessories line, and Fashion Bakchic’s Berber-inspired fashion. While largely online, Kahenas does participate in pop-up shops throughout Morocco including the 2014 edition of the Marrakech Biennale. But for now, shopping online and having the goodies shipped means more room for shopping at other destinations! MARCHE CENTRALE ANTIQUE MARKET For treasures from the days of the French protectorate, visit Abdellatif’s Aladdin cave located in the Marche Centrale. Filled with old movie posters, black-and-white photos of old Casablanca, household items, books and more! The space is brimming with goodness from days gone by! Address: Marche Centrale LA GALERIE DE L’AIMANCE Nestled in the Casablanca medina, this concept store presents a selection of traditional Moroccan handicrafts, but with a modern touch. The designers, both Moroccan and foreign, create jewelery, accessories, handbags, sculpture and photographer. With an emphasis on “slow shopping”, there is a small café attached for admiring your purchases post shop. Address: 113 boulevard Felix Houphouet Boigny Phone: + 212-522-20-49-79 MOROCCO MALL With over 600 brands and one of the largest Galeries Lafayette , Morocco Mall is the premier shopping destination in Casablanca. With high-end shops including Gucci and Prada to high street fashion from H&M, there is something for all budgets. On the entertainment side, an ice rink and aquarium and even musical fountains keep the children happy . Given its location, it’s best to arrange a departure and pick-up time with your driver. Address: Intersection of Boulevard de la Corniche and Boulevard de L’Ocean, Ain Dab Phone: +212-801-00-12-30

Category: Best Of, Shops: Where to Shop in Morocco