The Kingdom of Morocco is a country located in North Africa on the Atlantic and Mediterranean coasts sharing international borders with Algeria, Mauritania, and Spain via the Strait of Gibraltar and the Spanish autonomous cities of Ceuta and Meilliain. Morocco is a country full of exotic locales and wondrous treasures for travelers who desire to see North Africa and explore a moderate Muslim country with a welcoming culture, a wide array of natural beauty, and a vast wealth of history. 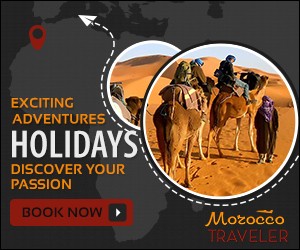